Chalk stripe and pinstripe suits are both business staple pieces for formalwear. Following, you will find everything you need to know about them, including their differences. 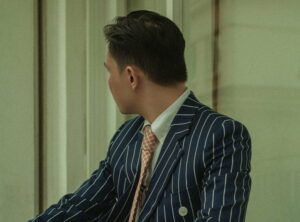 The first thing we need to establish is that neither of both alternatives is better than the other one. They are just different, although they may look pretty similar to the untrained eye. But don’t worry, after you read this post, you will easily set them apart.

Chalk stripe and pinstripe suits are perfect examples of formalwear, especially within the business environment. They are both timeless styles that have become a symbol of power, wealth, confidence and sophistication, not only for men, but also women.

However, there are subtle details that set them apart and it is fundamental you learn them all, so that you can find the perfect style match. Chalk stripe and pinstripe suits are both elegant alternatives, yet ultimately you need to go for the one that makes you feel more confident and that reflects your personality.

What is a pinstripe suit?

A pinstripe suit is very easy to identify, as the vertical stripes have the same width as a pinhead. Hence, the name. And the distance between each stripe usually doesn’t exceed 1 inch.

Stripes are narrow, precise and sharp. And that’s because they are woven on top of the background fabric using a single-warp yarn, which makes them look well-defined.

In terms of appearance, pinstripe suits look more structured and conservative, meaning they are perfect to be worn in very formal situations, including both social and corporate events. Colorwise, you will be able to find vibrant and more neutral versions.

For example, for business occasions it is always best to opt for dark shades, such as black, charcoal, gray and navy blue colors. While for casual settings, you can choose a more eye-catching, vivid alternative.

Speaking of the corporate environment, in this article you will find our guide on how to make a good first impression.

In addition, the distance between stripes is more important than you think.  In pinstripe suits this spacing is quite narrow, so it can make you look taller, but also narrower than you are. If you already have a thin frame and you don’t want to accentuate it, then it is best that you opt for a chalk stripe suit instead.

The best way to style it is to choose a white, plain shirt and your favorite pair of dress shoes. These can be either black Oxfords or leather loafers. To top off the look and add more personality to it, you can add a contrasting piece, which could be a statement tie, for example.

For a more relaxed fit, you can replace the dress shoes with sneakers and lose the tie. During the cold season, you could also opt for a turtleneck underneath the jacket for a different approach.

What about chalk stripe suits?

Contrary to the pinstripe suit, the vertical chalk stripes don’t look as well-defined as the first example and it almost looks like a blurring effect. In fact, they look a lot like the lines from the tailor’s chalk (ergo the name). Stripes are softer and less sharp.

In this case, the continuous stripes are woven directly into the background weave using several threads 一which often comprise between two and five threads一. The chalk stripe suit provides a sense of authority and refinement, and it has become a timeless choice in formal menswear.

The spacing between stripes varies a lot from style to style, but a good rule of thumb is that the narrower the distance, the more formal the suit. Moreover, this style elongates the body and it is perfect for guys with broader frames.

The guidelines to style a chalk stripe suit are very similar to the pinstripe look. Nonetheless, bear in mind that chalk stripe suits tend to be more versatile than pinstripe ones, meaning you can wear them for semi-formal and smart casual scenarios too. In other words, if you are looking for the most formal, executive option then you should opt for the pinstripe style.

This level of sophistication requires you to add a statement piece, which could be a colorful tie 一as we mentioned earlier一, a fun pocket square or even a striking watch. Take a look at how to wear a men’s watch with style to answer all your doubts.

Other types of stripe patterns include rope stripes, which are thicker and they resemble the texture of a rope, and regimental stripes, a design that can often be found in neckties. These stripes are usually featured in two tones and in 45° degree angles.

Chalk stripes and pinstripes are the most common and more formal alternatives, but it is pertinent you know there are other bolder, unusual options out there too.

As you can see, the differences between chalk stripe and pinstripe suits are quite subtle, yet they can have a big impact on your final outfit. Remember, when choosing a style, you need to focus mainly on the texture and the intensity of the stripes.

With striped suits there’s already a lot going on, so make sure to keep the other garments as neutral and basic as possible.

Last but not least, these styles of suits can be worn as a two-piece, but also as separate garments. That is to say, you could wear a striped blazer on top of your solid colored trousers for a smart-casual look or just your striped pants with a white polo shirt and sneakers.

Nonetheless, striped pieces can be difficult to style by themselves, so make sure you are confident about it before you take the chance. If that’s not your case, then stick to wearing the complete suit, which is always a safe bet.

On a similar end, check out how to wear a suit with sneakers. 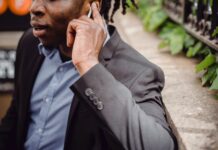 How to wear a black suit with blue shirt 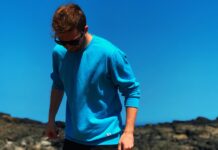 These are the best shorts and shoes combinations for men 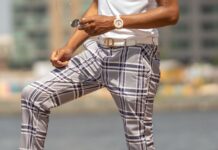 How to style plaid pants 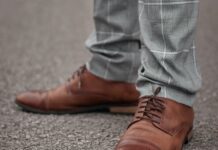 How to pair gray pants with brown shoes 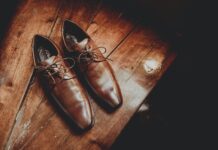 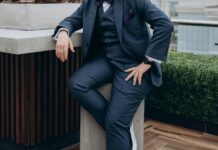 How To Wear A Suit With Sneakers

How to dress for an evening event

How To Wear A Suit With Sneakers

Guide to know which the ideal underpants are for you

How to match sneakers with your outfit

What every man needs to know about bags

Ideal outfit to cope with the summer at the office

ABOUT US
FashionFests.com is dedicated to fashion & lifestyle guides for the modern man. We cover various topics from male fashion to fitness, giving our readers the practical tips, tricks, and advice that they need to improve their style.
Contact us: hello@FashionFests.com
FOLLOW US
© 2020-2022, FashionFests.com - All rights reserved