Do you want to know how to tie a bow tie? You have come to the right place to learn it. Not everyone dares to wear a bow tie, because the vast majority do not know what suit to combine the bow tie with or for fear that it will not really be perfect. The truth is that it is a great alternative that works for various occasions, so it is important to learn each of its steps. 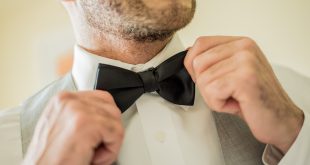 It is a relevant accessory all over the world, only it is given different names. Bowtie, bow tie or bow tie; are just some of the ways it is known. This is due to the fact that it has been integrated into men’s fashion for a long time, serving to combine with different suits and costumes.

It is historically considered as a descendant of the knotted tie, born of the interest to be used in the days of greatest importance. As a result, it became more common in men’s clothing, to the point of being used for different occasions and less formal events.

Steps to tie a bow tie take note of everyone!

You should not think that this type of tie involves large amounts of time or prolonged effort. Learning to tie a bow tie is very easy, you just have to follow these simple steps. Pay attention!

# 1 First step: we begin by placing the bow of the bow tie

# 2 Second step: we start with the knot

Now place the right part of the bow, which is the longest, above the left end. In such a way that you would have an X shape just below your chin. Next, tie the longest part just behind the X, which you formed in the second step, to create a simple knot.

The next thing you have to do is pull both ends of the bow tie so that the knot is tight and attached to your throat. Then, loop the right end over your shoulder to continue with the next steps.

# 4 Fourth step: fold the bow to adjust the knot

Now you should hold the left part of the bow and then fold it in half. This way it will stick to the neck.

Pass the other end, the right, in front so that it is vertical over the previous loop.

Then, look at the opening behind the right end that you previously folded and insert the other side of the tape that had been free.

Finish by adjusting both ends, until the bow tie is the way you want it.

This is a very easy way that you can tie your bow tie. You just have to practice it so that little by little it looks better. The main recommendation is that you try it a few days before the day you plan to put on your bow tie. In this way, it will be a piece of cake for you and you can wear an impeccable bow tie.

The bow tie knot and its use over time

Currently, due to new trends in the way of dressing, this tie has become even more important. The fashion of the 50s has returned with force, but also adapting to the 21st century. The bow tie has never been forgotten, but now it has greater meaning.

It is such a versatile accessory that it can be included in casual outfits and even in the sportiest outfits. Although definitely the favorite occasions to use are weddings or the most elegant events.

What about the knot is not your thing? You can also buy them with the knot made to avoid the odd headache. Of course, if you dare to tie the knot yourself thanks to this tutorial, it will be much more beautiful and authentic.

Learning how to tie a bow tie is still one of the best options to learn more about men’s fashion. It will take you little time, it has very few steps and with practice you can easily perfect it. 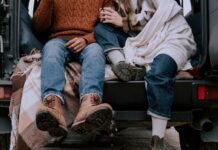 The Ultimate Men’s Guide: How to Wear Boots with Jeans 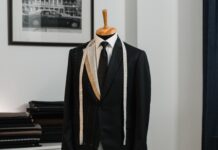 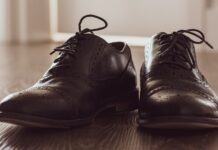 The Ultimate Guide to Choosing the Best Shoes for Your Suit 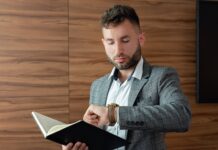 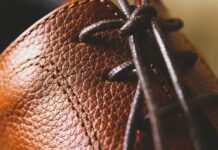 What Color Shoes Go With a Charcoal Suit 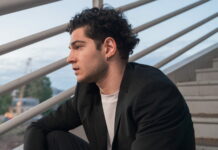 How to wear a black blazer

5 tips for a healthy breakfast

How to dress appropriately based on your body type

Why should you take care of your personal image?

Types of Jackets Every Man Should Own

How To Wear Shoes Without Socks

50 Quotes For The Modern Man to Live By

How to Wear Hoodies: The Essential Guide for the Modern Man

ABOUT US
FashionFests.com is dedicated to fashion & lifestyle guides for the modern man. We cover various topics from male fashion to fitness, giving our readers the practical tips, tricks, and advice that they need to improve their style.
Contact us: hello@FashionFests.com
FOLLOW US

© 2023 FashionFests.com - All rights reserved. FashionFests.com participants in affiliate marketing programs. When you purchase something through our referral links we may earn a small commission.